CBD is well known for its therapeutic and healing properties amongst health and wellbeing aficionados but, did you know that CBD comes from the Cannabis Sativa, a.k.a Hemp plant and used in traditional Chinese remedy for over 2,000 years?

That's right. While CBD is becoming well known as a health supplement, the story of people using Cannabis and Hemp extracts to treat ailments and as an elixir of life has a much longer history to it.

In China, Hemp has a history that stretches back to over 10,000 years—used first as a source of fibre for making paper and rope, as time went on, herbalist and doctors in ancient China began exploring Cannabis as a tool to treat ailments and heal the sick. Taoists monks even created a Hemp deity to honour and worship the healing powers of Cannabis and used Cannabis in ancient ceremonies to grieve the dead and even communicate with spirits. 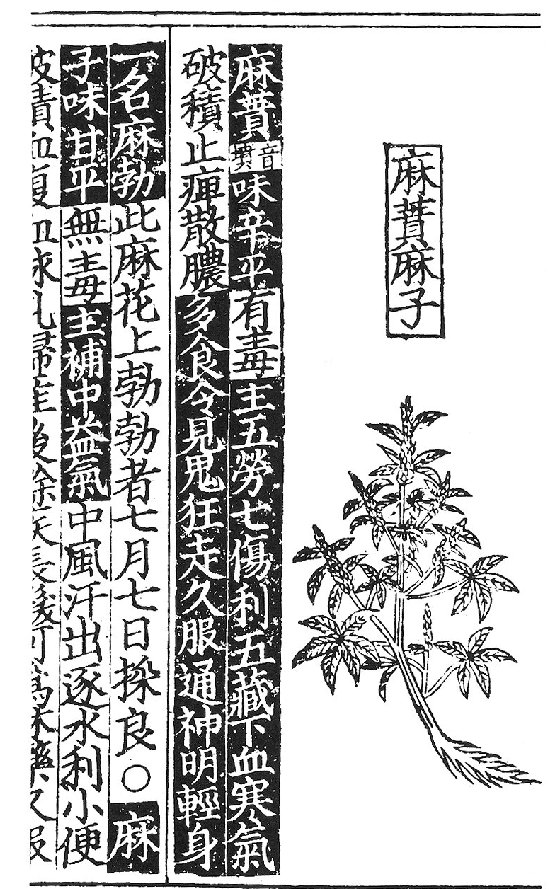 And while 2,000 years old journals describe the intoxicating and bi-phasic effects of Cannabis in somewhat tricky to understand, through the lens of modern neuroscience, we can now expand and unlock the wisdom hidden in these ancient manuals for health and wellbeing.

Cannabinoids and the Brain

As recently as 1940, through the wonders of modern science and advances in Chemistry, we were able to identify and isolate one key plant derived cannabinoid contained in Cannabis Sativa (Hemp plant), CBD a.k.a Cannabidiol.

Politics and racial hysteria by prohibitionists in America quickly halted progress and research into Cannabis for medicinal use. It wasn't until 1992 when scientists discovered the Endocannabinoid system throughout the immune system and the peripheral nervous system in humans and other animals (vertebrates and invertebrates).

Only within the last few years have scientists started to investigate the many ways Cannabinoids help balance our immune system, organs, and skin.

麻® is the Chinese symbol for Hemp and Cannabis. At 麻® Chinese Hemp we are proud to be your guide to help you find your health and balance, and exploring the most affordable and best ways to enjoy CBD in your daily lives through the lens of traditional Chinese remedy and guided by modern Neuroscience.

We ensure all our products are tested and contain what it says on the label. We're also committed to creating guilt-free sustainable CBD products that you can enjoy every day.